What do I say on the radio? 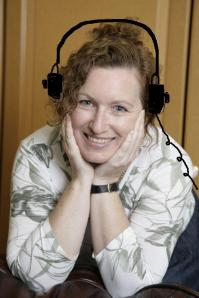 When I first began to get published I felt that ‘doing radio’ was something other people did. It was a genuine shock when I received a request to be interviewed by BBC local radio. Until then, I had taken part in one radio interview, conducted over the phone, and I think the reason that it went so well was that I didn’t realise I was being interviewed. I thought the journalist was just chatting with me and would get on to the scary stuff later. So I learned early that if I treat radio interviews as a nice chat, they’ll generally go pretty well.

The technique has served me well and now I’m a regular guest on chat programmes on both BBC Radio Cambridgeshire and BBC Radio Northampton.

BBC Radio Cambridgeshire has an afternoon slot on The Sue Dougan Show called In the Chat Room, where Sue invites people in to talk about a couple of topical subjects. It can be anything from finding the money to send a child to university to what you think about while doing the ironing. There’s usually another ‘Chat Roomer’ in the studio and so I have someone to banter with.

Helen Blaby, of BBC Radio Northampton, does a twenty minute discussion of the Sunday morning papers, each week. When I’m invited to be the guest, I arrive about 9am and a lovely production assistant sits me down with all the papers and a cup of tea. I choose five news stories I have something to say about and then I’m shown in to Helen’s studio about 10.10am, tell her what the stories are, and we go on to chat about some of them live on air. To give you an example, yesterday we talked about happiness classes in the British army and social media, which was mentioned in several sections of every paper – business, commentary, social and news.

What’s in these programmes for me? They’re not actually interviews about me or my books.

Apart from the fun of chatting live on air, both presenters ask me about what’s happening to me at the moment, when the next book comes out, what workshops I’m running etc. So I reach their audience, which is about 300,000 in both cases; it’s just a touch less direct than being the subject of an interview.

I’m also often the spokesperson for the Romantic Novelists’ Association (I’m vice chair), which is usually fast and soon forgotten, but it means that I occasionally have my name mentioned on radio stations throughout the country.

Here are my top tips for ‘doing radio’: