New novella – Where the Heart Is

In 2011 I put out a backlist novel and three novellas as ebooks  – Uphill All the Way, Between Two Worlds, A Place to Call Home and One Summer in Malta.

Uphill All the Way was my first published novel, coming out in April 2005 (Transita).

The novellas began their lives as serials for The People’s Friend and then became large print books, published by Magna Large Print. Large print books are expensive and hard to get hold of so, surprised (but pleased!) that so many readers asked about the novellas and complained because they couldn’t read them, I had covers done for the ebook market. The sales figures from Amazon show that they are being downloaded in the hundreds each month.

After Where the Heart Is, my last serial, ran just before Christmas, as well as offering the book to Magna it was a no-brainer to publish an ebook, too. The artist who had created my other covers, Josceline Fenton, wasn’t available, so I asked around on Facebook and was introduced to Jane Dixon-Smith. And what a find Jane turned out to be!  I can’t tell you how easy and whizzy she made the process up to the point of sending me six roughs to look at. Then I had to request a pause for a bit of agonising and lip chewing, because the covers were all good.

Above is what I eventually chose for Where the Heart Is. What do you think? I love it.

Once I had made my decision, Jane moved into whizz mode once more, and within a day I had the finished product in formats suitable for print, on-line booksellers and avatar.

Where the Heart Is begins in my beloved Malta. Here’s the blurb:

Malta 1968: Sylvana Bonnici’s parents are dubious about her marrying Rob Denton, a British army staff sergeant, but Sylvana dreams of being an army wife and travelling the world – in mini skirts and big hats, like Jackie Onassis.

Sure enough, Rob is posted to exotic places like Singapore and Gan Island … but, unfortunately, the army dictates that he must leave behind his new wife. Sylvana has little choice but to live with her parents, who have moved to the UK.

In 1971 Rob is finally offered a UK posting and the married quarter that Sylvana has yearned for – but is no longer sure that it’s what he wants. Sylvana’s reaction to his new plans shocks him, but it’s a horrifying accident that proves that home is more than just a place to live. 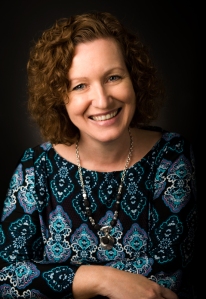 I’m one of those authors who has new author pix taken every couple of years, preferring to take the ageing process gradually, rather than in a large, indigestible chunk.

And, as I’ve been able to throw away my glasses, lose a stone and meet my deadline, a couple of weeks ago I decided it was time. I knew the lovely Marte L Rekaa, who takes such wonderful photos of the RNA events, so I collared her for a chat. It wasn’t so much that I knew what I wanted – more that I had a clear idea of what I didn’t want.

I didn’t want to look as if I came from the pages of a bank’s in-house magazine (OK, I used to work for a bank, but that doesn’t have to count); I didn’t want to look like a secretary, either (and yes! I used to be one of those, too! But I’m not now.) I wanted images that were relaxed and creative. And flattering, obviously. And not to be always wearing a huge horsey smile. Photographers seem to  want to catch me with a massive smile, in the same way that hairdressers can’t resist sending me out looking like a country-western star’s poodle.

Marte spent loads of time with lighting and different coloured backgrounds, because those two things can make an enormous difference – it’s no coincidence that I bought none of the images with the white background – and we just talked and laughed and she took photos.

It all sounds simple, but it worked so well. No chance to set my face in that rictus of just-get-it-over-with. No this-feels-as-artificial-as-plastic-flowers. The whole experience was fun.

What do you think? 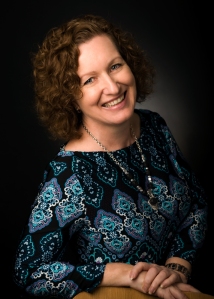 It’s been a crazy week, with three Love Letters Workshops for John Lewis and a talk to a Women’s Institute. And it was further enlivened by staying with my good friend Katie, one night, and meeting the gorgeous guys she has living with her.

Even though two were spoken for, they all made themselves available for cuddles. In fact, one climbed into my bag – obviously deciding he loved me enough to come home with me.

I discovered a new accomplishment – walking with puppies swinging by their teeth from the hem of my coat and the laces of my boots. There’s quite an art to it. (No puppies were harmed, in case you’re worrying.)

And I took away five tiny pawprints in my heart. Aww.

My study mid book, notes to right of monitor, timeline draped across filing cabinet, filing system largely on floor. It's tidier now! If I could only just find my camera, I'd show you ...

It’s a lovely feeling, to get your book finished and in to the publisher on time. I feel all end of termish, Christmas Eveish and ‘it’s nearly my birthday!’ish, all at once. This Utopia will fade as time for the edits draws near but, meantime, I can work through a To Do list that I’ve been compiling since October, when the deadline seemed to be approaching at an unpleasantly rapid trot considering that I had an eye op and Christmas to work around.

So I thought I’d reproduce my To Do list, here, with progress:

So, that’s quite a lot of progress! 🙂

PS I can see my desk. Achievement in itself.